One of the most prestigious music festivals in Europe…

The Auvers-sur-Oise Festival is one of the most prestigious music festivals in Europe. It incorporates in its music, the spirit of Impressionist paintings: variety, vitality, curiosity, freedom. Baroque Auvers, classical Auvers, romantic Auvers, lyrical or contemporary Auvers… So many different temperaments developed in places full of history.

For many years, the Auvers-sur-Oise Festival has received the support of companies and individuals who wish to be associated with its artistic policy (voice, piano, chamber music from Bach to Escaich), with its identity and with the strong axes of its development: discovery of young artists, creation, composer residency, discographic mission DiscAuverS, pedagogical actions, “The Organ For Children” workshops, masterclass and international diffusion.

Since 1988, the Auvers-sur-Oise Festival has built its patronage policy by proposing custom-made partnerships and a great amount of companies and societies are on its side to support its development, participate in the discoveries of its record label mission DiscAuverS, amplify the pedagogic work and the access to as many people as possible. This patronage can take the form of a donation, in cash or in competency and the Festival takes care with each company to build a partnership corresponding to its valors and its projects.

Private individuals, classical music and arts lovers and sensitive to the singular history of the Auvers-sur-Oise Festival support it thought its Patrons’ Circle. Individual patrons actively help the Festival in the realization of its most ambitious projects and contribute to the financial balance thanks to their annual donations. Their participation can take different forms, some of them offer an entire musical production, others strengthen the DiscAuverS mission or bring a contribution to a creator, composer, plastician or to the cultural project “The Organ for Children”. Being a member of the Patrons’ Circle allows to live the Festival more intensively and to make it shine. There is a close link between the patron anf the life to the Festival along the year, he receives invitations to privileged moments and is invited to the annual charity evening “Dinner of the Hundred”at the Méry-sur-Oise Castle. 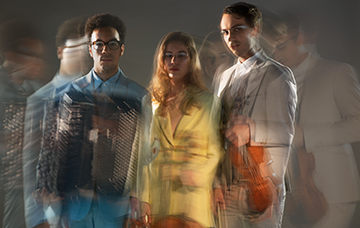 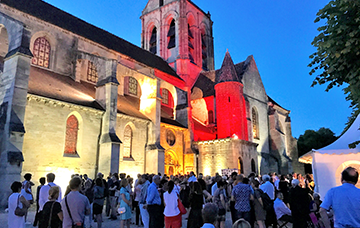 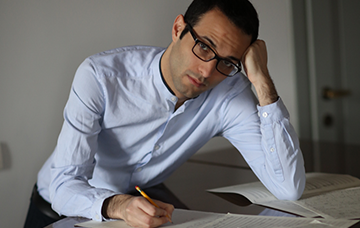