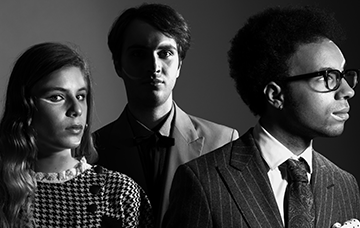 YOUNG TALENTS IN RESIDENCE – LE PHILIA TRIO
These three young musicians sharing a musical sensibility and a desire to explore new sounds together. From the Conservatoire National Supérieur de Paris, violinist François Pineau-Benois, accordionist Théo Ould and cellist Lisa Strauss were able in this place of excellence to foment the contours of this unprecedented artistic adventure. Having been able to keep their personalities while creating a common aesthetic, the Philia have been able to bring a certain singularity to the world of classical music. Defenders of the music of the creators of their time, the trio has been collaborating for several years with the composer Régis Campo. Supported by the Auvers-sur-Oise Festival since 2019, they are “Young ensemble in residence 2022”. DiscAuverS, the Festival’s “discovery mission” label, is producing their first album “Madness” which will be released next April with a launch concert on April 21, 2022 at the Salle Cortot. A bold, creative, original album bringing a certain uniqueness to the world of classical music. Truly, the Philia have the Follia at their fingertips! 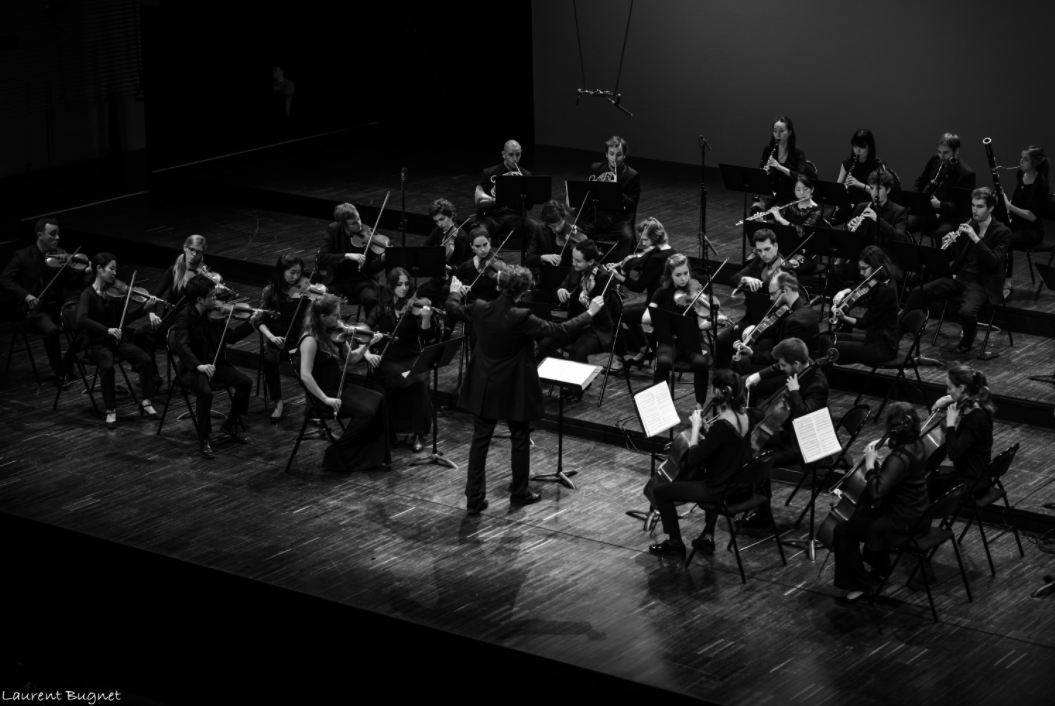 Created in 2003 by Nicolas Krauze, the Orchester de Chambre Nouvelle Europe [OCNE] brings together young European soloists and chamber musicians currently residing in France and sharing an exceptional musical approach and technical requirement.
OCNE has performed more than 400 times in some of the most prestigious festivals and some of the biggest French stages. Abroad, he has performed in the past five years 35 concerts in China, two tours in Brazil, a tour in South Korea and concerts in Germany, Italy, Switzerland and Belgium. International soloists join it regularly and some of the most eminent representatives of the musical world bring their artistic and human support. From 15 to 40 musicians depending on the program, the New Europe Chamber Orchestra plays exclusively on modern instruments and with a contemporary approach that is always considered according to the repertoires. Beyond that, the New Europe Chamber Orchestra aims to give a new breath of fresh air to classical music, in a young, very dynamic and charismatic approach. With more than 5 million views on its Youtube channel, the OCNE ranks as the independent French orchestra by far the most seen in the world on the internet. For the upcoming 2021/2022 season, around thirty concerts in France and three international tours in China, South Korea and Latin America are planned. Having collaborated for several years in a row with the Festival d’Auvers-sur-Oise, notably in the “Nuit des concertos” with the young cellist Anastasia Kobekina, it was only natural that he become Orchestra in residence during Opus 41 with a perspective of other ongoing projects for the years to come, both in terms of dissemination and training and creation.

“Nicolas Krauze conducts with remarkable musical insight, exceptional technical qualities and an excellent relationship with the musicians. His charisma helps him project his musical ideas directly to the public”. Christoph Eschenbach, conductor